I recently heard that one of my favorite books, A Discovery of Witches, By Deborah Harkness is to be adapted into a film. Here’s an explanation of the book from Harkness’s website:

“When historian Diana Bishop opens a bewitched alchemical manuscript in Oxford’s Bodleian Library it represents an unwelcome intrusion of magic into her carefully ordinary life. Though descended from a long line of witches, she is determined to remain untouched by her family’s legacy. She banishes the manuscript to the stacks, but Diana finds it impossible to hold the world of magic at bay any longer.

For witches are not the only otherworldly creatures living alongside humans. There are also creative, destructive daemons and long-lived vampires who become interested in the witch’s discovery. They believe that the manuscript contains important clues about the past and the future, and want to know how Diana Bishop has been able to get her hands on the elusive volume.

Chief among the creatures who gather around Diana is vampire Matthew Clairmont, a geneticist with a passion for Darwin. Together, Diana and Matthew embark on a journey to understand the manuscript’s secrets. But the relationship that develops between the ages-old vampire and the spellbound witch threatens to unravel the fragile peace that has long existed between creatures and humans—and will certainly transform Diana’s world as well.”

There’s been a lot of talk lately of who should play the main characters in the book, especially for Matthew. This pair is I think would fit the role great. Katharine McPhee, Singer and actress. Currently she plays one of the starring roles on SMASH which is one of my current favorites. Matt Bomer is an actor currently starring in USA’s hit show White Collar.

Both these actors I can picture perfectly as the Witch and Vampire characters and think they could pull it off. I look forward to hearing more news on the movie. 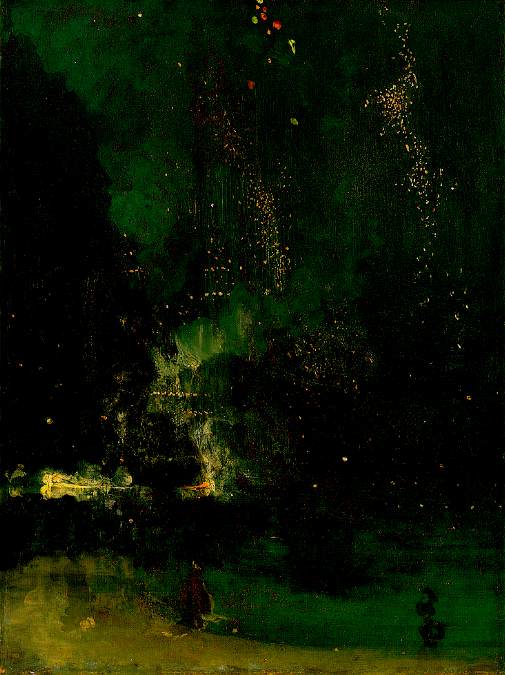 Beautiful 1875 painting by James McNeill Whistler, the subject of my History of 20th Century Art class at one moment. Was the source of a dispute between Whistler and art critic, John Ruskin.

Posted by alexanderbalzano | Filed under Uncategorized

Welcome to WordPress.com! This is your very first post. Click the Edit link to modify or delete it, or start a new post. If you like, use this post to tell readers why you started this blog and what you plan to do with it.